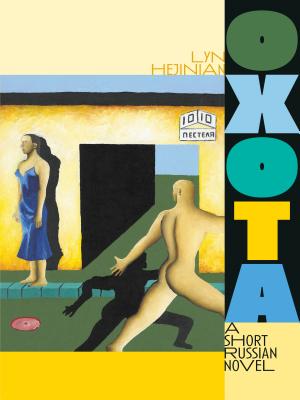 Over the course of nearly a decade (1983-1991), author Lyn Hejinian visited the USSR seven times, staying frequently with her friends the poet Arkadii Dragomoshchenko and his wife Zina in Leningrad. During this period, she embarked on translating into English several volumes of Dragomoshcheko's poetry, and the two poets began an extensive correspondence, exchanging hundreds of letters until Dragomoshchenko's death in 2012. During her fifth visit, in conversation with Dragomoshchenko and other poets, she decided to write a novel reflecting her experiences of literary and lived life in Leningrad and Moscow. Cognizant of a general sense that the Russian novel is stereotypically long, she determined that hers would be short. What resulted is an experimental novel whose structure (284 chapters, each 14 lines long) pays homage to Alexander Pushkin's Eugene Onegin, which is generally regarded to be the first Russian novel: a verse novel composed in 14-line stanzas. From time to time, various members of Dragomoshchenko's circle of friends offered suggestions for the novel, as readers will note. There's abundant narrative content, but anecdotes and events are presented in non-linear form, since they unfolded over extended periods of time and thus came to Hejinian's attention piecemeal. Oxota (which means variously huntress, hunt, and desire in Russian) is a novel in which contexts, rather than contents, are kept in the foreground. Allen Ginsberg, who himself visited the USSR, did not like Oxota. He said that it wasn't realistic; Hejinian thinks that it is.

LYN HEJINIAN is a poet, essayist, teacher, and translator. She is John F. Hotchkis Professor of English at the University of California at Berkeley.
Loading...
or support indie stores by buying on
(This book is on backorder)