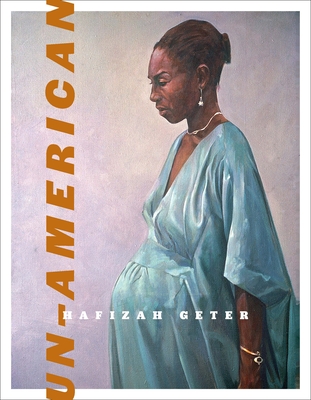 Poems shimmering with lyricism ask who can inherit a country? Dancing between lyric and narrative, Hafizah Geter's debut collection moves readers through the fraught internal and external landscapes--linguistic, cultural, racial, familial--of those whose lives are shaped and transformed by immigration. The daughter of a Nigerian Muslim woman and a former Southern Baptist black man, Geter charts the history of a black family of mixed citizenships through poems imbued by migration, racism, queerness, loss, and the heartbreak of trying to feel at home in a country that does not recognize you. Through her mother's death and her father's illnesses, Geter weaves the natural world into the discourse of grief, human interactions, and socio-political discord. This collection thrums with authenticity and heart. SAMPLE POEM Testimony
for Tamir Rice, 2002-2014 Mr. President,
After they shot me they tackled my sister.
The sound of her knees hitting the sidewalk
made my stomach ache. It was a bad pain.
Like when you love someone
and they lie to you. Or that time Mikaela cried
all through science class and wouldn't tell anyone why.
This isn't even my first letter to you,
in the first one I told you about my room
and my favorite basketball team
and asked you to come visit me in Cleveland
or send your autograph. In the second one
I thanked you for your responsible citizenship.
I hope you are proud of me too.
Mom said you made being black beautiful again
but that was before someone killed Trayvon.
After that came a sadness so big it made everyone
look the same. It was a long time before we could
go outside again. Mr. President it took one whole day
for me to die and even though I'm twelve and not afraid of the dark
I didn't know there could be so much of it
or so many other boys here.

Born in Zaria, Nigeria, HAFIZAH GETER is an author and agent whose poetry and prose have appeared in The New Yorker, Boston Review, Los Angeles Review of Books, and Longreads, among others. She lives in Brooklyn, New York.
Loading...
or support indie stores by buying on