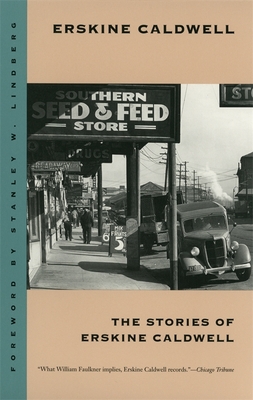 This collection of ninety-six stories was first published in 1953 and presents the best of Erskine Caldwell's short fiction from his most productive period of work. Included is "Crown-Fire," which James Dickey praised as "the best story in the language," and such personal favorites of Caldwell as "Country Full of Swedes," "The Windfall," "Horse Thief," "Yellow Girl," and "Kneel to the Rising Sun.

ERSKINE CALDWELL (1903-1987) was born in Newnan, Georgia. He became one of America's most widely read, prolific, and critically debated writers, with a literary output of more than sixty titles. At the time of his death, Caldwell's books had sold eighty million copies worldwide in more than forty languages. He was elected to the American Academy of Arts and Letters in 1984.
Loading...
or support indie stores by buying on