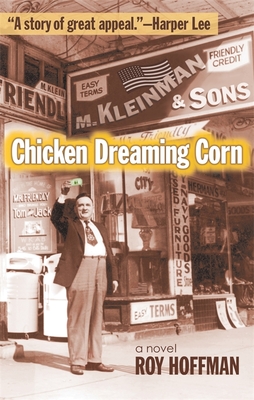 In 1916, on the immigrant blocks of the Southern port city of Mobile, Alabama, a Romanian Jewish shopkeeper, Morris Kleinman, is sweeping his walk in preparation for the Confederate veterans parade about to pass by. "Daddy?" his son asks, "are we Rebels?" "Today?" muses Morris. "Yes, we are Rebels." Thus opens a novel set, like many, in a languid Southern town. But, in a rarity for Southern novels, this one centers on a character who mixes Yiddish with his Southern and has for his neighbors small merchants from Poland, Lebanon, and Greece.

As Morris resides with his family over his Dauphin Street store, enjoys cigars with his Cuban friend Pablo Pastor, and makes "a living not a killing," his tale begins with glimpses of the old Confederacy, continues through a tumultuous Armistice Day, and leads up to the hard-won victories of World War II. Along the way Morris sells shoes and sofas and endures Klan violence, religious zealotry, and financial triumphs and heartbreaks. With his devoted Miriam, who nurses memories of Brooklyn and Romania, he raises four adventurous children whose own journeys take them to New Orleans and Atlanta and involve romance, ambition and tragic loss. At turns lyrical, comic, and melancholy, this tale takes inspiration from its title. This Romanian expression with an Alabama twist is symbolic of the strivings of ordinary folks for sustenance, for the realization of their hopes and dreams. Set largely on a few humble blocks yet engaging many parts of the world, this Southern Jewish novel is, ultimately, richly American.

"Read this novel to find, from Europe and the past, characters who represent some of the best aspects of our Southern heritage. A story of great appeal in prose lean and clean. Congratulations to Roy Hoffman for his fine work."--Harper Lee, author of To Kill a Mockingbird

"Roy Hoffman takes us where few writers have been, into the subconscious imagination of the Jewish immigrant South. Chicken Dreaming Corn is a tale of sensuality told in the lush language of a southern Jewish writer who spans both worlds and—what is so rare about this book—honors them both."--Eli Evans, author of The Provincials

"I am especially impressed with the international demographic dimension of this strongly evocative Gulf Coast-area downhome novel. These old downtown Mobile bargain stores are as much a part of my memories of my boyhood years out near the Magazine Point Loop of the old Wilson Streetcar Line as are Bienville Square, Hammels Department Store, the corner of Dauphin and Royal, the Battle House, the old L & N Railroad Station near the waterfront at the foot of Government Street. Not to mention the truck-farm produce from across the bay and the moss-dripping trees along the route to those old annual church picnic beaches down the bay! And yet, the narrative that unfolds in this local-color-rich visual setting is nothing if not another element of the natural history of mainstream USA."--Albert Murray, author of Train Whistle Guitar

"Roy Hoffman writes like a dream. He has found an underexplored literary corner of the southern experience—the life and assimilation of immigrant Jews—and records their odyssey, interior and exterior, with heart-breaking exactitude."--Diane McWhorter, author of Carry Me Home: Birmingham, Alabama and the Climatic Battle of the Civil Rights Revolution

[Hoffman's] story bears testimony to the struggle that any first generation immigrant goes through. In [his] deliberate and skillful hands, their story becomes universal."--Bill Aron, author of Shalom Y'all: Images of Jewish Life in the American South

"Like all great books, Chicken Dreaming Corn enriches the reader's understanding of his own humanity and advocates our tolerance and love for one another. In bursts of generosity, with all their warts and shortcomings visible, the characters seize their own lives and a piece of the reader's heart. I only wish I could adequately express what a moving and fulfilling experience reading Chicken Dreaming Corn was for me."--Sena Jeter Naslund, author of Ahab's Wife

"Hoffman blends his family's hand-me-down Romanian emigre experiences with Alabama folkways. Swirls and eddies of life-giving soil wash downstream into the bottom lands of his tales. In between floods of tearful life-and-death episodes flow verdant growth and the upward mobility of generations.”--Anniston Star

"[Chicken Dreaming Corn] connotes the high hopes and expectations of this immigrant generation. Inspired by stories about his own grandfather, novelist Roy Hoffman captures the texture of one Jewish family's experience in the deep south as well as the personality of its dedicated, indomitable patriarch."--Reform Judaism Magazine

Roy Hoffman is the author of the novel "Almost Family," winner of the Lillian Smith Award for fiction, and the nonfiction collection, "Back Home." A native of Mobile, Alabama, he worked in New York City for twenty years as a journalist, speechwriter, and teacher, before returning to the South as staff writer at the "Mobile Register." Hoffman's reviews and essays have appeared in the "New York Times," "Fortune," "Southern Living," and other publications. He lives in Fairhope, Alabama, and travels to Louisville, Kentucky, where he teaches in the brief-residency MFA in Writing Program at Spalding University.
Loading...
or support indie stores by buying on