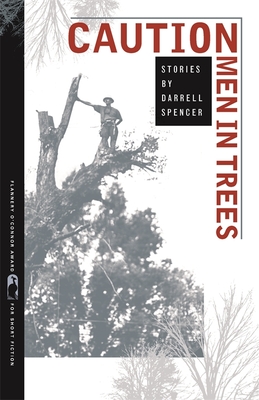 The nine stories of CAUTION Men in Trees capture the pressure, need, and frequent helplessness of people confronted with intractable reality. As suggested by the collection's epigraph from Superman--"Did you say kryptonite?"--the characters in these stories have reached a point where they realize that parts of their lives are coming undone, and that their own thoughts and actions--or, frequently, the failure to act soon enough--are the cause. Though settings and situations vary, the same sense of overwhelming urgency recurs throughout the collection. The stories reflect a world distressed by conflict and settings fraught with the occurrences of personal violence.

Against the background of the O. J. Simpson trial, a man refuses to assist in a friend's suicide and realizes that he has been avoiding many unpleasant truths about himself and his life. A son faced with his father's debilitating stroke sees that he must ultimately confront the mortality and feelings of grief that he has been concealing. In the title story, the film Bugsy and talk about the disappointing reality of pop-culture heroes set the scene for a husband's frightening confrontation with his own limitations. The shock of stark revelation combines with tightly wound chains of suggestive events to create a collection of gripping, edgy stories about characters who, however battered, survive.

DARRELL SPENCER is the Stocker Professor of Creative Writing at Ohio State University. He is the author of a novel, One Mile Past Dangerous Curve, and four story collections, the last of which, Bring Your Legs with You, won the Drue Heinz Literature Prize.
Loading...
or support indie stores by buying on