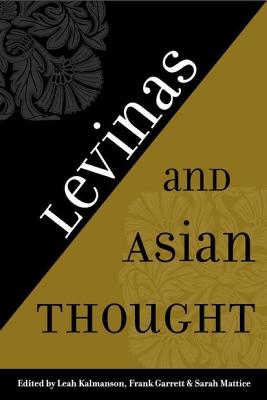 While influential works have been devoted to comparative studies of various Asian philosophies and continental philosophers such as Nietzsche, Heidegger, Merleau-Ponty, and Derrida, this collection is the first to fully treat the increased interest in intercultural and interdisciplinary studies related to the work of Emmanuel Levinas in such a context. Levinas and Asian Thought seeks to discover common ground between Levinas's ethical project and various religious and philosophical traditions of Asia such as Mah y na Buddhism, Therav dic Buddhism, Vedism, Confucianism, Daoism, and Islam. In these 13 essays, contributors draw on resources as diverse as the self-sacrificial ethic of bushid, Islamic jurisprudence, and contemporary research in cognitive science. The essays are organized around three primary themes of enduring ethical, political, and religious importance. The first set of essays considers a dialogue between Levinasian and Asian accounts of the self, others, and the intersubjective relationship. Through a conversation with a variety of non-Western traditions, the second group of essays addresses the question of Levinas's extreme portrayal of the self's responsibility to the other and its potential limits. Finally, the collection ends with essays that utilize Asian thought and culture to consider ways in which Levinas's ethics of alterity might be put into practice in the sphere of politics, social norms, and institutions. Levinas and Asian Thought is not only a comprehensive attempt to bring Levinas into conversation with the philosophies of Asia, but it also represents a focused effort to recognize, address, and overcome Levinas's own Eurocentrism. Overall, the thoughtful investigations collected here chart new territory, pushing Levinas's practice of philosophy outside its familiar European and Jewish contexts, expanding our understanding of key Levinasian terms, thus furthering the thinking necessary for ethics as first philosophy. This volume will be of interest to a wide range of scholars and students, as it builds connections among Levinas studies, Asian philosophy, comparative philosophy, continental philosophy, and ethics.

LEAH KALMANSON is assistant professor of philosophy and religion at Drake University. She is the coeditor of Confucianism in Context and has published essays in Continental Philosophy Review, Hypatia, and Shofar. She is currently editing the volume, Buddhist Responses to Globalization. FRANK GARRETT is an independent scholar in continental philosophy. He has taught at Baiko Gakuin University in Japan and was a 2001 Fulbright scholar. SARAH MATTICE is assistant professor of comparative philosophy at the University of North Florida. Her work has appeared in Asian Philosophy, Philosophy Compass, and Comparative and Continental Philosophy.
Loading...
or
Not Currently Available for Direct Purchase