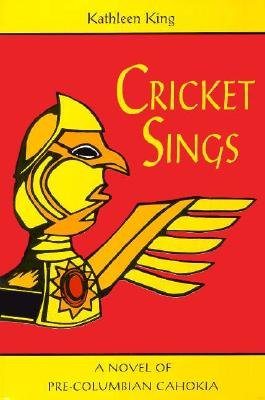 A Novel Of Pre-Columbian Cahokia

For Cricket Sings, Cahokia medicine woman, the omens have been bad. She is old, and so at this year’s Sun Ceremony she will tell her stories, the tales handed down from grandparents to grandchildren since the memory of the People began. The Sun King is dying, unable to perfom the Ceremony which will bring good crops to the fields. Called to help because she is a healer, she is faced with the dilemma of whether to stimulate the comatose ruler long enough to perform the Ceremony or to poison him so that his son can perform it. Her decision to feign the King’s death by switching his body with that of another old man who has recently died puts her entire family in danger.

This beautifully written novel explores the conflict between loyalty to the tradition of the People and the love of family. The resolution, set against the chaotic mourning for the Sun King, is compelling, believably constructed out of what little factual information is known about the prehistoric dwellers of Cahokia.