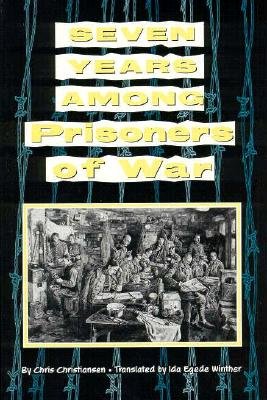 Seven Years Among Prisoners Of War

Hundreds of thousands of prisoners were incarcerated in camp around the world during World War II. And individuals from all walks of life joined international organizations like the Red Cross, churches, and other religious groups to help counter the hopelessness of camp life. One of these was Chris Christiansen, who had just graduated from Theological School at Copenhagen University when he took a position with the World’s Alliance of the YMCAs to work with the British, American, and other Allied prisoners of war in Germany. The next seven years were, for him, “an amazing experience.” The prisoners faced cold, starvation, loneliness, deprivation and cruel and arbitrary treatment. Those who served among them — unrecognized in the headlines or history text — worked tirelessly and patiently to relieve the conditions of the prisoners as much as possible.

Christiansen, who was also arrested in Berlin and imprisoned in Moscow, experienced this grim aspect of warfare from both sides. His story pays tribute to the prisoners, to the relief workers, to the churches and other service organizations, and to “that part of the human spirit” that sustained them through this dark period in our collective past.