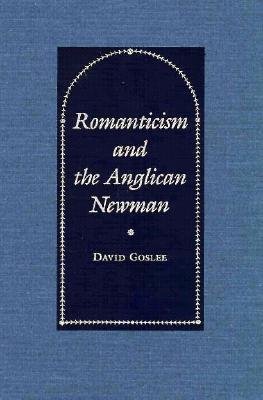 Romanticism and the Anglican Newman

Goslee’s study maintains that Newman’s Anglican writing, although widely considered irrelevant to the main currents of the post-Enlightenment, in fact reinterprets Romantic transcendence within a uniquely dialogic paradigm. It is this paradigm, he argues, that critics need to explore as a link between sacred and secular domains within Victorian culture.

Goslee’s own exploration is accomplished in three parts. First he describes Newman’s early renunciation of modern thought, then analyzes the dialogic Romanticism that informs New man’s Anglican works, particularly its power to expand his conception of personal identity, spiritual election, militant purpose, self-criticism, and cultural critique. Finally, he follows the collapse of this Romantic synthesis under the burden of its own success: natural and preternatural presences break into Newman’s dialogue with his God, and then his God becomes transformed into a threat that must be constrained within an institutional church.

Throughout this study, Goslee follows a hermeneutic strategy suggested by Newman’s own descriptions of his compositional practice – examining thematically related passages from different times and contexts to see just how far Newman’s ideas might take him. Goslee concludes that this leading nineteenth-century religious writer, who rejected Romanticism for its decadent modern subjectivity, nevertheless clearly participated in the secular Romanticism of his day.