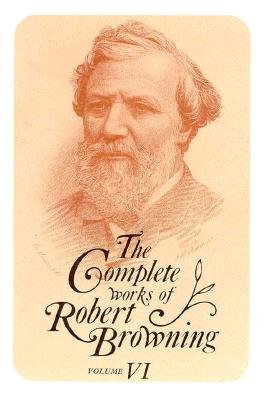 With Variant Readings and Annotations

In seventeen volumes, copublished with Baylor University, this acclaimed series features annotated texts of all of Robert Browning's known writing. The series encompasses autobiography as well as influences bearing on Browning's life and career and aspects of Victorian thought and culture.? The sixth in the projected seventeen-volume work, this volume covers the second half of Men and Women (1855), perhaps Browning's most famous collection, and the entirety of Dramatis Personae (1864), the first book Browning produced after the death of Elizabeth Barrett Browning in 1861. Men and Women II contains several great dramatic poems on which Browning's reputation still depends, including "Andrea del Sarto," "Saul," and "Cleon." It also includes the more intimate and personal works "The Guardian Angel" and "One Word More," as well as the mysterious "Women and Roses." The Brownings' shared interests in Renaissance art and nineteenth-century Italian politics inform the challenging "Old Pictures in Florence." The publication of Dramatis Personae was a key event in the rapid rise of Browning's fame in the 1860s, though the collection is marked by a welter of conflicting impulses that arose after the poet left Italy and his married life behind. The classic monologues "Rabbi Ben Ezra" and "Abt Vogler" are here, but beside them Browning placed the nearly surreal "Caliban upon Setebos" and the achingly self-regarding "James Lee's Wife," one of the volume's handful of dramatic lyrics about betrayed or failed relationships. Also included are "A Death in the Desert," which contributed to the intense Victorian debate about scriptural validity and religious authority; and "Mr Sludge, 'The Medium, '" Browning's ferocious, pyrotechnic expose of a spiritualist fraud. As always in this acclaimed series, a complete record of textual variants is provided, as well as extensive explanatory notes.

Allan C. Dooley and Susan E. Dooley edited Men and Women, Volume II, and composed the editorial notes for Dramatis Personae, both published in Volume VI of The Complete Works of Robert Browning. Allen C. Dooley is the executive editor of the edition. John Berkey is Professor Emeritus at Rutgers University.
Loading...
or
Not Currently Available for Direct Purchase