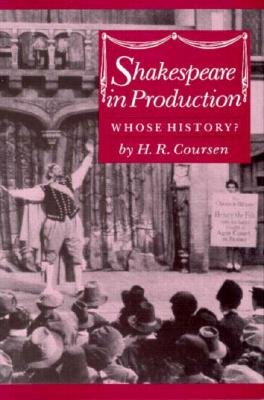 Shakespeare in Production examines a number of plays in context. Included are the 1936 Romeo and Juliet, unpopular with critics of filmed Shakespeare, but very much a "photoplay" if its time; the opening sequences of filmed Hamlets which span more than seventy years; The Comedy of Errors on television, where production of this script is almost impossible; and the Branagh Much Ado About Nothing, a "popular" film discussed in the context of comedy as a genre. In considering Henry V, this study looks at fifty years of Pistol on film and television to illustrate how changing times shape the character, and then includes the Branagh film in discussions of recent interpretations of "history" as reflected by productions of Shakespeare's history plays. An examination of late twentieth-century production of Hamlet suggests what the script has lost and gained as it has moved toward in time. A discussion of "designer's theater" in Great Britain, where all the elements of the production are dominated by "concept," argues that the actors work within a restricting rather than a liberating artistic environment. "Whose history?" inevitably turns out to be that of the individual observer, for regardless of the criteria deployed criticism is an intensely subjective activity, and is meant to be when it deals with drama. In this discussion of Branagh's Much Ado About Nothing, for example, the contemporary response to the film becomes the subject of the chapter. For, although the film is much more than what is said about it, it is also less, in that the critical response is part of the overall creative activity involved in a Shakespeare production.

H.R. Coursen is Director of Education in Northeastern US for the Shakespeare Globe Centre (London) and teaches at the University of Maine, Augusta. His most recent critical work is Reading Shakespeare on Stage (University of Delaware Press, 1995).
or
Not Currently Available for Direct Purchase
Copyright © 2020 American Booksellers Association