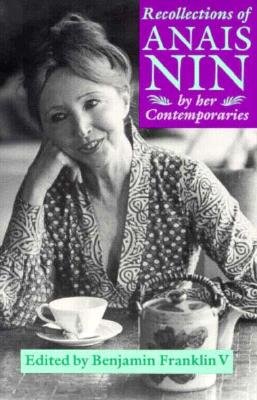 Recollections of Anaïs Nin presents Nin through the eyes of twenty-six people who knew her. She is the unconventional, distant aunt; the thoughtful friend; the owner of a strangely disarming voice; the author eager for attention yet hypersensitive to criticism; the generous advisor to a literary magazine; the adulteress; the beautiful septuagenarian; the recommender of books—the contributors elaborate on thses and many other perceptions of Nin.

Readers of this book will meet one of the most enigmatic literary women of the twentieth century.

Benjamin Franklin V is Professor of English at the University of South Carolina. He has published widely in early American literature and edits Literary Criticism in Perspective for Camden House. He is co-author of Anaïs Nin: An Introduction (1979) and is a long-time jazz writer and broadcaster.