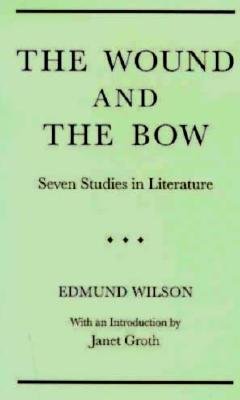 Wound and the Bow

"The Wound and the Bow" collects seven wonderful essays on the delicate theme of the relation between art and suffering by the legendary literary and social critic, Edmund Wilson (1885 1972). This welcome re-issue one of several for this title testifies to the value publishers put on it and to a reluctance among them ever to let it stay out of print for very long.
The subjects Wilson treats Dickens and Kipling, Edith Wharton and Ernest Hemingway, Joyce and Sophocles, and perhaps most surprising, Jacques Casanova reveal the range and dexterity of his interests, his historical grasp, his learning, and his intellectual curiosity.
Wilson's essays did not give rise to a new body of literary theory nor to a new school of literary criticism. Rather, he animated or reanimated the reputations of the artists he treated and furthered the quest for the sources of their literary artistry and craftsmanship.
F. Scott Fitzgerald called Wilson the literary conscience of my generation. Today's readers of "The Wound and the Bow" may want to make the claim for their generation as well.