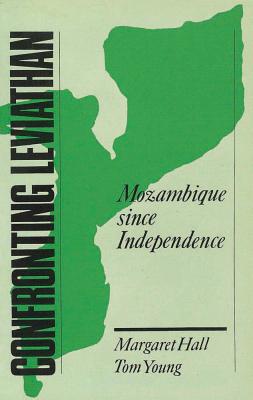 Confronting Leviathan describes Mozambique’s attempt to construct a socialist society in one African country on the back of an anti-colonial struggle for national independence. In explaining the failure of this effort the authors suggest reasons why the socialist vision of the ruling party, Frelimo, lacked resonance with Mozambican society. They also document in detail South Africa’s attempts to destabilize the country, even to the extent of sponsoring the Renamo insurgents. The dynamics of that insurgency and its roots in Mozambican society are examined as well as the process of negotiation that brought it to a close. Finally the authors analyze the more recent attempt to construct a liberal capitalist society in Mozambique. From their findings it appears that this may prove no easier than the construction of socialism.

“This excellent book will provide an important contribution to understanding the last twenty years in Mozambique. It is thoughtful and reflective as well as being soundly researched.”—Malyn Newitt, author of A History of Mozambique (1995)

Margaret Hall is in the Research and Analysis Department, Foreign and Commonwealth Office, London.

Tom Young is Senior Lecturer in Politics at the School of Oriental and African Studies, University of London.