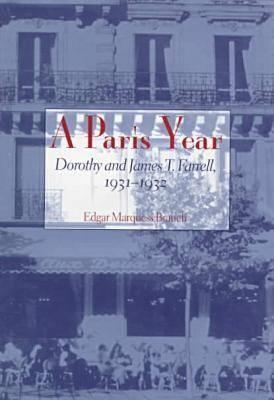 The Depression that follows the 1929 stock market crash is emptying Paris of many American expatriates. Two exceptions are Dorothy and James T. Farrell, the naive young couple who have fled their home in Chicago for the fabled liberation that Paris seems to offer.
In this telling account drawn from interviews, diaries, and letters home, Edgar Marquess Branch presents a composite view of the life of a young author yet to complete his masterpiece, Studs Lonigan. Set among the expatriate artists who defined their time, this human drama plays itself out in one short year in which the foreign and familiar are entwined.
Featuring such characters as Ezra Pound and Kay Boyle, "A Paris Year" traces the heartbreak and triumphs that the newlyweds experience as the young Farrell seeks his fame and fortune. Their Paris sojourn influenced the rest of their lives and left an imprint on American literature.