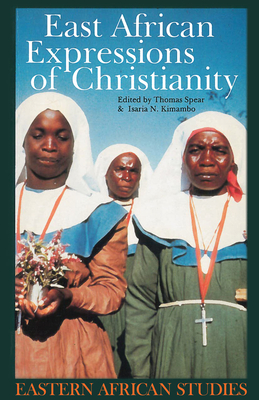 Christianity has been spread in Africa by Africans. It is the story of peoples seizing control of their own spiritual destinies—rather than the commonplace notion that the continent’s Christian churches represent colonial and capitalist powers that helped subdue Africans to European domination. In short, once introduced, Christianity took on a powerful life of its own and spun out of the control of those who would retain ownership of doctrine and practice. East African Expressions of Christianity examines the experiences of African Christians as they explored the new faith, interpreted it in the context of their own values, appropriated it for themselves, and forged their own distinctive churches. Prominent Tanzanian and American historians, anthropologists, political scientists, and church people examine the translation of religious meanings across cultural boundaries; the religious and social appeal of the new faith; and the vital roles played by African evangelists, teachers, and translators in the spread of Christianity and the development of an African church.

“An important contribution to the field. Its emphasis on the examination of Christianity as a religious phenomenon is an important one, and one increasingly recognized as of central significance for an understanding of Africa’s history and society.”—Kevin Ward, University of Leeds

Isaria N. Kimambo is a professor of history at the University of Dar es Salaam.