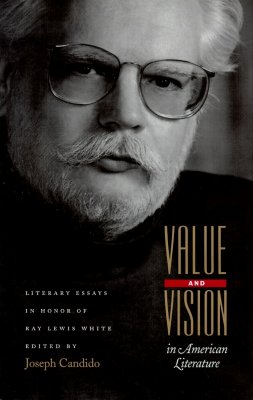 Value and Vision in American Literature

The widely divergent voices in this collection are united by their common interest in the American literary heritage and by their intention to redefine that heritage by altering our angle of vision or forcing us to re-examine some traditional values. Unabashedly eclectic in methodology, subject matter, and technique, the essays collected in Value and Vision in American Literature nonetheless share a common intention to recover the neglected, reassess the familiar, or challenge the orthodox.

Through their various (and sometimes contrasting) critical points of view, these essays call attention to ideas or connections that demand a reappraisal of conventional attitudes or ingrained responses. Ranging in focus from the period of the mid-nineteenth century to the present day, they treat indisputably canonical figures such as Hawthorne, Faulkner, James, Hemingway, Cather, Bellow, Porter, Welty, and Warren in the same breath and often refreshingly on the same terms with Wallace Stegner, Cormac McCarthy, Dunstan Thompson, neglected Civil War poets, and the New Formalist critics of the last ten years.

In celebration and in reflection of the important critical contribution Ray Lewis White has made to the study of American literature, these writers, each a noted scholar in the field of literary studies, present a picture of American literature that manages to value the past at the same time that it asks us to envision that past anew.