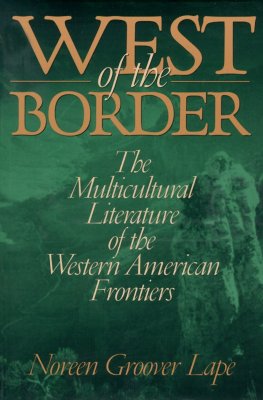 West of the Border

The Multicultural Literature of the Western American Frontiers

Noreen Groover Lape is an assistant professor in the Department of Language and Literature at Columbus State University in Columbus, Georgia. She is the author of "West of the Border: The Multicultural Literature of the Western Frontiers," which was named an Outstanding Academic Book by Choice.
Loading...
or
Not Currently Available for Direct Purchase