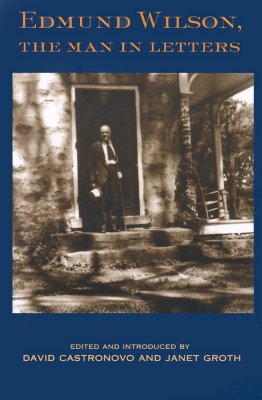 Among the major writers of the Hemingway and Fitzgerald generation, Edmund Wilson defied categorization. He wrote essays, stories and novels, cultural criticism, and contemporary chronicles, as well as journals and thousands of letters about the literary life and his own private world. Here for the first time in print is Wilson's personal correspondence to his parents, lovers and wives, children, literary comrades, and friends from the different corners of his life. Various writers and thinkers -- including Alfred Kazin, Vladimir Nabokov, and Isaiah Berlin -- take their places alongside upstate New York neighbors in this gallery of letters that extends from the teens to the early 1970s. These letters complete the picture of Wilson the man, offering unguarded moments and flinty opinions that enrich our understanding of a complex and troubled personality. Four times married and many times in love; traveling through Depression America, the USSR, postwar Europe, the Middle East, and Haiti; and writing on a Balzacian scale, Wilson as a correspondent reveals the exhilaration and chaos of being himself. Arranged by correspondent and moving through the phases of his career, Edmund Wilson, the Man in Letters constitutes an exemplary autobiography cum cultural history. The writing itself is vintage Wilson -- a blending of classical and conversational styles that stands as part of the modern American canon and is filled with the emotions and tastes of a master.

David Castronovo is a professor of English at Pace University in New York City. He is the author of Edmund Wilson and several other works of criticism. Janet Groth is emeritus professor of English at the State University of New York at Plattsburgh. She is the author of Edmund Wilson: A Critic for Our Time.
or
Not Currently Available for Direct Purchase
Copyright © 2020 American Booksellers Association