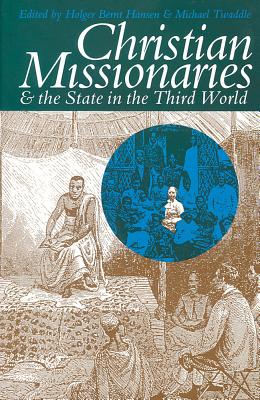 Christian Missionaries and the State in the Third World

The fact that many of the leaders in the Third World were educated by Christian missionaries is a decisive factor in world politics today. Christian Missionaries and the State in the Third World provides examples of how these missionaries contributed to the construction, destruction, and reconstruction of state structures in Africa and the Caribbean, through educational activity and attempts at healing and trade, as well as by preaching, prayer, and other sacramental endeavors.

In the nineteenth century, after the abolition of the slave trade, the character of the states encountered on both sides of the Atlantic was of critical importance. This was regardless of the social origin or status of the missionaries or whether they were African, American, or European, slave or free. In the twentieth century, missionaries were often involved in the struggles for cultural renewal, political freedom, and economic development. They sometimes made crucial contributions to the movements that eventually achieved freedom from colonialism.

In recent history, their role in relation to the state continues, though changed. As Michael Twaddle points out, “Christian professionals from Western countries act as members of humanitarian NGOs in Third World countries and as monitors of human rights infringements worldwide. These particular professionals may not call themselves such, but they act as Christian missionaries nonetheless.”

Hölger Bernt Hansen is director of the African Studies Center at the University of Copenhagen.