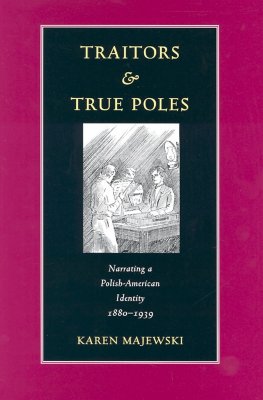 During Poland's century-long partition and in the interwar period of Poland's reemergence as a state, Polish writers on both sides of the ocean shared a preoccupation with national identity. Polish-American immigrant writers revealed their persistent, passionate engagement with these issues, as they used their work to define and consolidate an essentially transnational ethnic identity that was both tied to Poland and independent of it.
By introducing these varied and forgotten works into the scholarly discussion, "Traitors and True Poles" recasts the literary landscape to include the immigrant community's own competing visions of itself. The conversation between Polonia's creative voices illustrates how immigrants manipulated often difficult economic, social, and political realities to provide a place for and a sense of themselves. What emerges is a fuller picture of American literature, one vital to the creation of an ethnic consciousness.
This is the first extended look at Polish-language fiction written by turn-of-the-century immigrants, a forgotten body of American ethnic literature. Addressing a blind spot in our understanding of immigrant and ethnic identity and culture, "Traitors and True Poles" challenges perceptions of a silent and passive Polish immigration by giving back its literary voice.