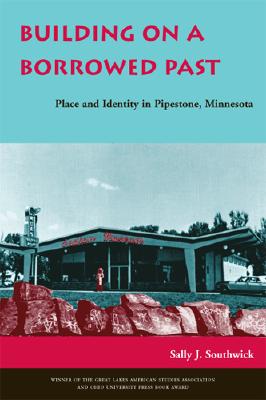 Building on a Borrowed Past

Place and Identity in Pipestone, Minnesota

Why is there a national monument near a small town on the Minnesota prairie? Why do the town’s residents dress as Indians each summer and perform a historical pageant based on a Victorian-era poem? To answer such questions, Building on a Borrowed Past: Place and Identity in Pipestone, Minnesota shows what happens when one culture absorbs the heritage of another for civic advantage.

Founded in 1874, Pipestone was named for the quarries where regional tribes excavated soft stone for making pipes. George Catlin and Henry Wadsworth Longfellow described the place and its tribal history. Promotion by white residents of the quarries as central to America’s Indian heritage helped Pipestone obtain a federal Indian boarding school in the 1890s and a national monument in the 1930s. The annual “Song of Hiawatha” pageant attracted tourists after World War II. Sally J. Southwick’s prizewinning study demonstrates how average, small–town citizens contributed to the generic image of “the Indian” in American culture.

Examining oral histories, memoirs, newspapers, federal documents, civic group records, and promotional literature, Southwick focuses on the role of middle–class individuals in establishing a historical, place–based identity. Building on a Borrowed Past reveals how identities are formed through adaptation of cultural, spiritual, racial, and historical symbols.


Praise For Building on a Borrowed Past: Place and Identity in Pipestone, Minnesota…

"Pipestone illustrates the persistent tension inherent in American attempts to adapt the continent’s past for use as a foundation on which to build a cohesive identity. The selective use of a Native sense of sacred traditions made the landscape historically meaningful and worth preserving without compromising secular cultural beliefs in American material progress."—from Building on a Borrowed Past

“Who would have guessed that a slender volume about a tiny prairie town could address so many important topics?”—Western Historical Quarterly

“This fine-grained study of a single community illuminates the larger process of culture production and offers significant insights on the ways that Euro-Americans rewrote the history of expansionism and dispossession of native people.”—Minnesota History

Sally J. Southwick is a native of southwestern Minnesota and has lived throughout the West. An independent scholar, she has written on United States culture and western history.