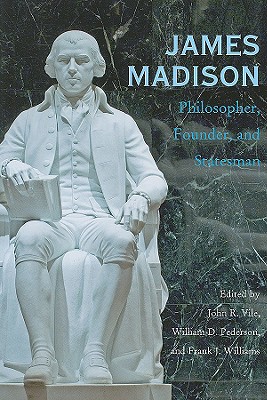 James Madison: Philosopher, Founder, and Statesman presents fresh scholarship on the philosophical statesman who served as the nation’s fourth president and who is often called both the father of the U.S. Constitution and the father of the Bill of Rights. These essays by historians and political scientists from the United States and abroad focus on six distinct aspects of Madison’s life and work: his personality and development as a statesman; his work at the Constitutional Convention of 1787 and contributions to larger constitutional design; his advocacy for the adoption of the Bill of Rights; his controversial role as a party leader; his  presidency; and his life after leaving office. James Madison continues to be regarded as one of America’s great political theorists, a man who devoted his life to, and who found fulfillment in, public service. His philosophical contributions remain vital to any understanding of the modern American polity. This book will be of great interest to political scientists and theorists, as well as to historians of early American history and politics.
.

John R Vile is a professor of political science and chair of the Department of Political Science at Middle Tennessee State University.

William D. Pederson is a professor of political science at Louisiana State University in Shreveport.

Frank J. Williams is chief justice of the Supreme Court of Rhode Island.  He is one of the world’s most eminent scholars of Abraham Lincoln and has published widely.