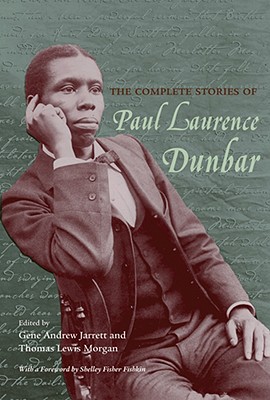 An ALA “Best of the Best” Book

The son of former slaves, Paul Laurence Dunbar was one of the most prominent figures in American literature at the turn of the twentieth century. Thirty-three years old at the time of his death in 1906, he had published four novels, four collections of short stories, and fourteen books of poetry, as well as numerous songs, plays, and essays in newspapers and magazines around the world.

In the century following his death, Dunbar slipped into relative obscurity, remembered mainly for his dialect poetry or as a footnote to other more canonical figures of the period. The Complete Stories of Paul Laurence Dunbar showcases his gifts as a writer of short fiction and provides key insights into the tensions and themes of Dunbar's literary achievement. The 104 stories written by Dunbar between 1890 and 1905 reveal Dunbar's attempts to maintain his artistic integrity while struggling with America's racist stereotypes. Making them available for the first time in one convenient, comprehensive, and definitive volume, The Complete Stories of Paul Laurence Dunbar illustrates the complexity of his literary life and legacy.


Praise For The Complete Stories of Paul Laurence Dunbar…

“Dunbar’s short stories offered keen insight into American race relations as well as the problems African Americans faced in the nineteeth and early twentieth centuries.... He was more proactive and subtle about inserting his own political views than many critics, then and since, have given him credit for.”—The Complete Stories of Paul Laurence Dunbar

“One hundred years after the death of Dunbar, he is most remembered for his poem ‘We Wear the Mask,’ evoking the balance required of blacks to survive and prosper in nineteenth-century America. This collection of 103 of Dunbar’s short stories written between 1890 and 1905, including well known pieces and many that have gone out of print, allows readers to see how the first African American writer to enjoy huge success evolved as a writer. This is a valuable collection for readers interested in Dunbar and his place in African American and American literature.“—Booklist, starred review

“Dunbar’s nuanced strategies are on ample display in this first comprehensive collection of his fiction...The stories in the volume are complicated, entertaining, offensive, and moving.”—Rain Taxi

“What we have been presented with here is a Herculean task of scholarship.”—Ohioana Quarterly

Thomas Lewis Morgan is an assistant professor of English at the University of Dayton. His research and teaching interests focus on critical race theory in late-nineteenth-century American and African American literature, specifically as it applies to the politics of narrative form.