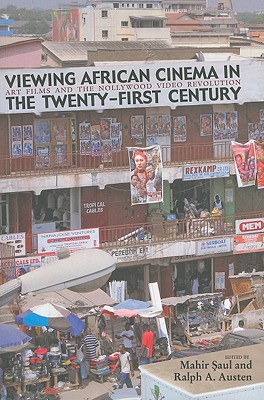 African cinema in the 1960s originated mainly from Francophone countries. It resembled the art cinema of contemporary Europe and relied on support from the French film industry and the French state. Beginning in 1969 the biennial Festival panafricain du cinéma et de la télévision de Ouagadougou (FESPACO), held in Burkina Faso, became the major showcase for these films. But since the early 1990s, a new phenomenon has come to dominate the African cinema world: mass-marketed films shot on less expensive video cameras. These “Nollywood” films, so named because many originate in southern Nigeria, are a thriving industry dominating the world of African cinema.

Viewing African Cinema in the Twenty-first Century is the first book to bring together a set of essays offering a comparison of these two main African cinema modes.

Praise For Viewing African Cinema in the Twenty-First Century: Art Films and the Nollywood Video Revolution…

“A first-rate compendium of ongoing discussions about the nature, protocols, and impact of video-film production as a new media form in African cinema.” —H-Net

Mahir Şaul is a professor of anthropology at the University of Illinois, Urbana-Champaign. He is coauthor of African Challenge to Empire: Culture and History in the Volta-Bani Anticolonial War and author of many articles on West African anthropology and social and economic history.

Ralph A. Austen is a professor emeritus of African history at the University of Chicago. He is the author of African Economic History and Trans-Saharan Africa in World History; coauthor of Middlemen of the Cameroon Rivers: The Duala and Their Hinterland, ca. 1600–ca. 1960; and editor of In Search of Sunjata: The Mande Epic as History, Literature and Performance.