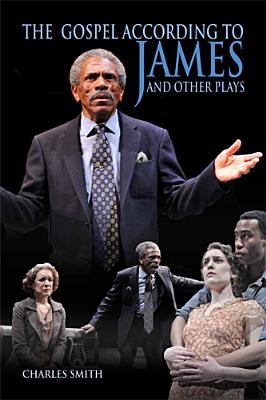 The Gospel According to James and Other Plays

This collection of five award-winning plays by Charles Smith includes Jelly Belly, Free Man of Color, Pudd’nhead Wilson, Knock Me a Kiss, and The Gospel According to James. Powerful, provocative, and entertaining, these plays have been produced by professional theater companies across the country and abroad. Four of the plays are based on historical people and events from W.E.B. Du Bois and Countee Cullen to the Harlem Renaissance. Accurate in the way they capture the political and cultural milieu of their historical settings, and courageous in the way they grapple with difficult questions such as race, education, religion, and social class, these plays jump off the page just as powerfully as they come to life on stage. This first-ever collection from one of the nation’s leading African American playwrights is a journey down the complex road of race and history.


Praise For The Gospel According to James and Other Plays…

“The strengths of Smith’s theatre collection are numerous and exhilarating. His characters are original and surprising, often vexing and exasperating, but they each have their piece to contribute. Smith’s dramas are persuasive without being didactic, and without suggesting simple conclusions. They are eloquent and poignant, but with a punch. Something like Carson McCullers without the malaise, or Spike Lee without the chatter. These are smart, profoundly felt, demanding scripts that refuse to pander to our expectations. The Gospel According to James and Other Plays belongs on the shelf of anyone with a sincere love for relevant, powerful theatre.”—ForeWord Reviews

“History serves (Smith), and he serves history; such reciprocity grounds his narratives, gives it real stakes, and adds the gravitas of the broad sweep of our complex and often troubled American heritage. In return, Smith gives the history profoundly human meaning and an active purpose in contemporary life.”—Rain Taxi

“In one blistering scene after another—with dialogue that is alternately highly poetic, down-and-dirty, eerily disturbing and fiercely authoritarian—Smith exposes the lies and the blazing truths that animate his characters.”—

“A plot twist of his own that darkens even Twain’s dark humor.”—Bruce Weber, New York Times, on Pudd’nhead Wilson

Charles R. Smith is an award-winning playwright and member of the Playwrights Ensemble of the Tony Award–winning Victory Gardens Theater in Chicago. He is also Distinguished Professor of Theatre at Ohio University, where he heads the Professional Playwriting Program. His plays explore contemporary issues of race, identity, and politics in America.