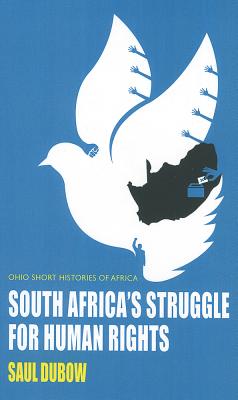 The human rights movement in South Africa’s transition to a postapartheid democracy has been widely celebrated as a triumph for global human rights. It was a key aspect of the political transition, often referred to as a miracle, which brought majority rule and democracy to South Africa. The country’s new constitution, its Truth and Reconciliation Commission, and the moral authority of Nelson Mandela stand as exemplary proof of this achievement. Yet, less than a generation after the achievement of freedom, the status of human rights and constitutionalism in South Africa is uncertain. In government the ANC has displayed an inconsistent attitude to the protection, and advancement, of hard-won freedoms and rights, and it is not at all clear that a broader civic and political consciousness of the importance of rights is rooting itself more widely in popular culture.

Saul Dubow is a professor of history at Queen Mary University, London. He has published widely on the development of racial segregation and apartheid in all its aspects: political, ideological, and intellectual, and is the author of A Commonwealth of Knowledge: Science, Sensibility, and White South Africa, 1820–2000 (2006), and The African National Congress (2000), among several other books. He is currently working on a new history of apartheid.