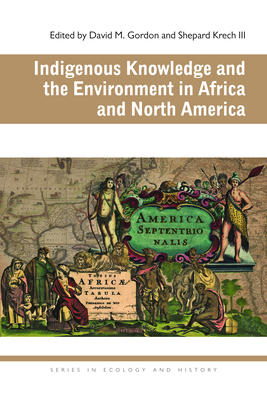 Indigenous knowledge has become a catchphrase in global struggles for environmental justice. Yet indigenous knowledges are often viewed, incorrectly, as pure and primordial cultural artifacts. This collection draws from African and North American cases to argue that the forms of knowledge identified as “indigenous” resulted from strategies to control environmental resources during and after colonial encounters.

At times indigenous knowledges represented a “middle ground” of intellectual exchanges between colonizers and colonized; elsewhere, indigenous knowledges were defined through conflict and struggle. The authors demonstrate how people claimed that their hybrid forms of knowledge were communal, religious, and traditional, as opposed to individualist, secular, and scientific, which they associated with European colonialism.

David M. Gordon is an associate professor of history at Bowdoin College. He is author of Nachituti’s Gift: Economy, Society, and Environment in Central Africa and numerous articles on African social, cultural, and environmental history.

Shepard Krech III is a professor emeritus of anthropology at Brown University and a research associate in the Department of Anthropology, National Museum of Natural History, Smithsonian Institution. A trustee of the National Humanities Center, he is the author or editor of many essays and books, including The Ecological Indian and The Encyclopedia of World Environmental History, edited with John McNeill and Carolyn Merchant.