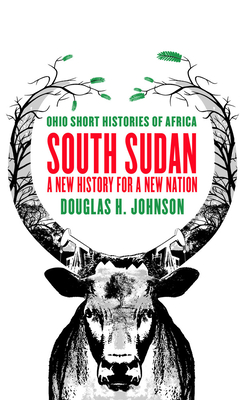 Africa’s newest nation has a long history. Often considered remote and isolated from the rest of Africa, and usually associated with the violence of slavery and civil war, South Sudan has been an arena for a complex mixing of peoples, languages, and beliefs. The nation’s diversity is both its strength and a challenge as its people attempt to overcome the legacy of decades of war to build a new economic, political, and national future.

Most recent studies of South Sudan’s history have a foreshortened sense of the past, focusing on current political issues, the recently ended civil war, or the ongoing conflicts within the country and along its border with Sudan. This brief but substantial overview of South Sudan’s longue durée, by one of the world’s foremost experts on the region, answers the need for a current, accessible book on this important country.

Drawing on recent advances in the archaeology of the Nile Valley, new fieldwork as well as classic ethnography, and local and foreign archives, Johnson recovers South Sudan’s place in African history and challenges the stereotypes imposed on its peoples.


Praise For South Sudan: A New History for a New Nation (Ohio Short Histories of Africa)…

“With its call for better use of existing sources and a stronger historiographical approach, South Sudan: A New History for a New Nation is a timely addition which speaks directly to South Sudan’s mixed experience of nation building and which challenges existing misconceptions about South Sudan and its history.…Johnson picks apart the singular paradigm of South Sudan’s perennial exploitation by various intruders, offering instead a rich exposition of a diverse region.”—Sudan Studies

“Douglas Johnson’s South Sudan is a bold project by an author deeply knowledgeable about how local histories have now merged into a new and troubled state. The book offers impressive details for how disparate ethnicities have come to take on the obstacles to building a nation, or the failure to do so. Johnson has been a consummate observer of this place and this struggle that has a history and faces extraordinary challenges to make a national future.”—James C. McCann, author of Maize and Grace: Africa’s Encounter with a New World Crop

“South Sudan: A New History for a New Nation is the best current political history of the world’s youngest nation by its most prominent living historian.”—Deborah Scroggins, author of Emma’s War

“Johnson’s unrivaled knowledge of South Sudan’s history is apparent throughout this concise and readable book. His approach is both sympathetic and critical: South Sudan’s current woes are explicable, but not inevitable. It would be easy to see South Sudan's history simply as a bleak story of oppression and misrule; but Johnson shows us that it is also a story of innovation and courage. South Sudan has a deeply problematic historical legacy, and the current situation is dire: yet as this timely book shows, it is not hopeless.”—Justin Willis, coeditor, The Sudan Handbook

“Douglas Johnson has managed to pack a vivid, longue durée history of Africa’s newest nation into a highly readable book. For anyone gripped by the tumultuous current events of South Sudan, and those speculating about its future, this boo

Douglas H. Johnson is a Fellow of the Rift Valley Institute, a historian of Sudan and South Sudan, and an award-winning author and editor. He was a consultant during the Sudan peace talks and a member of the Abyei Boundaries Commission.