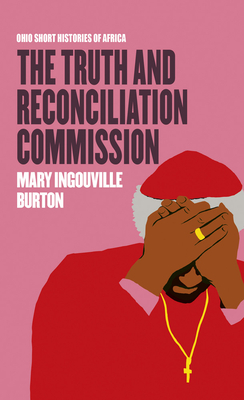 The Truth and Reconciliation Commission (Ohio Short Histories of Africa)

In 1995, South Africa’s new government set up the Truth and Reconciliation Commission, a lynchpin of the country’s journey forward from apartheid. In contrast to the Nuremberg Trials and other retributive responses to atrocities, the TRC’s emphasis on reconciliation marked a restorative approach to addressing human rights violations and their legacies. The hearings, headed by Bishop Desmond Tutu, began in spring of 1996.

The commission was set up with three purposes: to investigate abuses, to assist victims with rehabilitation, and to consider perpetrators’ requests for amnesty. More than two decades after the first hearings, the TRC’s legacy remains mixed. Many families still do not know what became of their loved ones, and the commission came under legal challenges both from ex-president F. W. de Klerk and the African National Congress. Yet, the TRC fulfilled a vital role in the transition from apartheid to democracy, and has become a model for other countries.

This latest addition to the Ohio Short Histories of Africa series is a trenchant look at the TRC’s entire, stunningly ambitious project. And as a longtime activist for justice in South Africa and a former commissioner of the TRC, Mary Ingouville Burton is uniquely positioned to write this complex story.

Mary Ingouville Burton served as the president of the Black Sash from 1986 to 1990 and is the author of The Black Sash: Women for Justice and Peace. In 2000, she helped launch the Home for All Campaign, a campaign that encouraged white South Africans to contribute to reconciliation. She has been awarded civic, provincial, and national honors, and holds an honorary degree from the University of Cape Town.