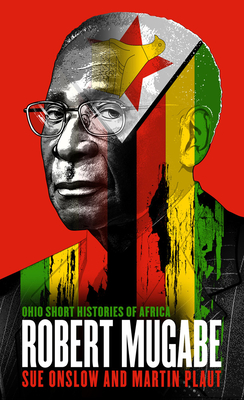 Zimbabwe’s President Robert Mugabe sharply divides opinion and embodies the contradictions of his country’s history and political culture. As a symbol of African liberation and a stalwart opponent of white rule, he was respected and revered by many. This heroic status contrasted sharply, in the eyes of his rivals and victims, with repeated cycles of gross human rights violations. Mugabe presided over the destruction of a vibrant society, capital flight, and mass emigration precipitated by the policies of his government, resulting in his demonic image in Western media.

This timely biography addresses the coup, led by some of Mugabe’s closest associates, that forced his resignation after thirty-seven years in power. Sue Onslow and Martin Plaut explain Mugabe’s formative experiences as a child and young man; his role as an admired Afro-nationalist leader in the struggle against white settler rule; and his evolution into a political manipulator and survivalist. They also address the emergence of political opposition to his leadership and the uneasy period of coalition government. Ultimately, they reveal the complexity of the man who stamped his personality on Zimbabwe’s first four decades of independence.

“In this sober biography of one of Africa’s longest-serving presidents, Onslow and Plaut provide a brief but comprehensive overview of a controversial leader who’s largely reviled in the West but often revered in Africa.…Written in lucid prose, the informative book is commendable for its balanced assessment of 37 years’ worth of very tumultuous events.”—Publishers Weekly

“An excellent, accessible book on the opaque life and legacy of Robert Mugabe.”—Sabelo J. Ndlovu-Gatsheni, author of The Decolonial Mandela

Praise for the Ohio Short Histories of Africa series:
“I am a huge fan of Ohio University Press’s Ohio Short Histories of Africa series. I use them to teach my introductory-level African politics students about oppression, resistance, liberation, and corruption, and I recommend the books to anyone who asks as an affordable and accessible introduction to a wide range of topics in African studies.”—Laura Seay, The Washington Post

Sue Onslow is deputy director of the Institute of Commonwealth Studies, School of Advanced Study at the University of London. She has written widely on British foreign policy and decolonization, and southern Africa in the Cold War era.