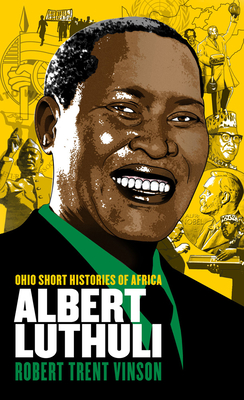 Unlike previous studies, this book places Luthuli and the South African antiapartheid struggle in new global contexts, and aspects of Luthuli’s leadership that were not previously publicly known: Vinson is the first to use new archival evidence, numerous oral interviews, and personal memoirs to reveal that Luthuli privately supported sabotage as an additional strategy to end apartheid. This multifaceted portrait will be indispensable to students of African history and politics and nonviolence movements worldwide.

Robert Trent Vinson is the Frances L. and Edwin L. Cummings Associate Professor of History, Africana Studies and International Relations at the College of William and Mary. He is the author of The Americans Are Coming!: Dreams of African American Liberation in Segregationist South Africa.