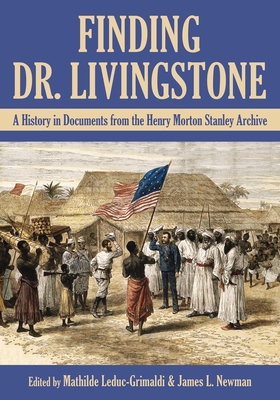 A History in Documents from the Henry Morton Stanley Archives

This eye-opening perspective on Stanley’s expedition reveals new details about the Victorian explorer and his African crew on the brink of the colonial Scramble for Africa.

In 1871, Welsh American journalist Henry M. Stanley traveled to Zanzibar in search of the “missing” Scottish explorer and missionary David Livingstone. A year later, Stanley emerged to announce that he had “found” and met with Livingstone on Lake Tanganyika. His alleged utterance there, “Dr. Livingstone, I presume,” was one of the most famous phrases of the nineteenth century, and Stanley’s book, How I Found Livingstone, became an international bestseller.

Finding Dr. Livingstone is a crucial resource for those interested in exploration and colonization in the Victorian era, the scientific knowledge of the time, and the peoples and conditions of Tanzania prior to its colonization by Germany.


Praise For Finding Dr. Livingstone: A History in Documents from the Henry Morton Stanley Archives…

“Henry Morton Stanley’s expedition in search of David Livingstone is one of the iconic events in the history of African exploration. Yet what we knew about the expedition came mainly from Stanley’s sensationalist published account. A far more complicated picture emerges from his original field notes and journals, which are brought to light at last in this superbly edited volume.”—Dane Kennedy, author of The Last Blank Spaces: Exploring Africa and Australia

Mathilde Leduc-Grimaldi is curator of the Henry M. Stanley Archives and Collections at the Royal Museum for Central Africa (Belgium). With James L. Newman, she edited Adventures of an American Traveler in Turkey by H.M. Stanley. Her past exhibitions include Dr Livingstone, I Presume (2013). She is in charge of archives and history training programs for graduate students, archivists, and librarians from Central Africa.