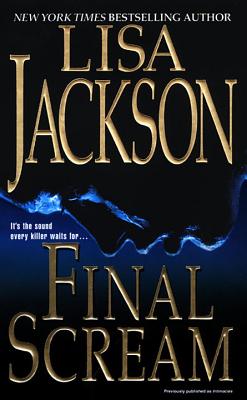 When There's No Escape From A Cold-Blooded Killer. . .

As white-hot flames sear the dark night, a killer waits in the trees, watching the mill burn, listening for the screams--the only proof that justice has finally begun for the sins of long-ago.

For journalist Cassidy Buchanan, this inferno is a living nightmare: a reminder of the horrible, mysterious fire that destroyed her wealthy family seventeen years ago--and of Brig McKenzie, the handsome hellraiser accused of setting the blaze. That tragic crime has never been solved, and already the whispers have begun in Prosperity, Oregon: Another fire, more deaths, and one common denominator--Cassidy herself.

Cassidy came home to Prosperity to put the past behind her, but it seems the past isn't finished with Cassidy. Someone doesn't want her to uncover the chilling truth. . .someone who has killed before and will kill again. . .a cold-blooded psychopath who is only waiting to hear her. . ..