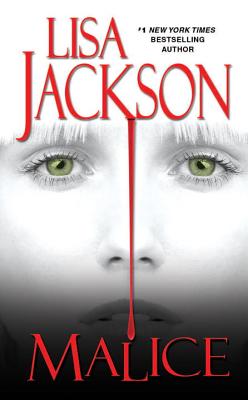 Taut, twisty. . .Malice displays the skilled Jackson at her best yet. --The Providence Journal

The perfect moment is here at last. The humiliation and pain he put her through is about to be repaid. Soon Rick Bentz will know the torment of losing the person he loves most--and better yet, he'll have to watch. . .

Since the accident that nearly claimed his life, New Orleans detective Rick Bentz has been on edge. That must explain why his mind is playing tricks, making him think he sees his first wife, Jennifer. His dead wife. He can't bring himself to tell his new wife, Olivia, about the sightings, or his fears that he's losing his sanity. To find answers, he has to return to Los Angeles, where Jennifer died. And it's there that the murders begin. . .

"Plenty of clever plot turns. . .the suspense builds from the beginning." --Fresh Fiction

Each victim is linked to Jennifer's past, and each corpse points to Bentz as the prime suspect. But the worst is yet to come. Because now Olivia is missing, and the only way to save her is to uncover the terrifying truth about a woman he never really knew--and a hatred that runs deep enough to kill. . .