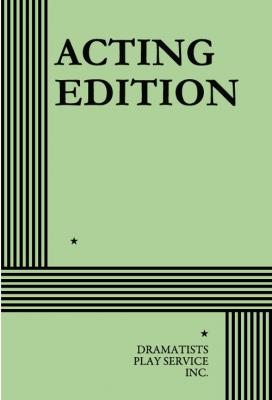 Winner of the Tony Award, the Drama Desk Award and the Outer Critics Circle Award as Best Broadway Play. A brilliant theatrical tour de force which, in its Broadway production, became an immediate critical and popular success. Drawn from real life events, involving the strange tale of a French diplomat who carried on a twenty year relationship with a Chinese opera star without (he contended) being aware that his "perfect woman" was really a man, the play becomes a powerful metaphor for the exploration of deeper themes; the perception of Eastern culture by the West, and the persistent romanticism which clouds and inhibits that perception.

Bored with his routine posting in Beijing, and awkward with women, Rene Gallimard, a French diplomat, is easy prey for the subtle, delicate charms of Song Liling, a Chinese opera star who personifies Gallimard's fantasy vision of submissive, exotic oriental sexuality. He begins an affair with "her" that lasts for twenty years, during which time he passes along diplomatic secrets, an act that, eventually, brings on his downfall and imprisonment. Interspersed with scenes between the two lovers are others with Gallimard's wife and colleagues that underscore the irony of Gallimard's delusion and its curious parallel to the events of Puccini's famous opera Madame Butterfly. Combining realism and ritual with vivid theatricality, the play reaches its astonishing climax when Song Liling, before our very eyes, strips off his female attire and assumes his true masculinity—a revelation that the deluded Gallimard can neither credit nor accept and which drives him finally—and fatally—deep within the fantasy with which, over the years, he has held the truth at bay.

"With M. BUTTERFLY David Henry Hwang joins the first string of American playwrights. This is an audaciously imaginative play, big in conception and theme, and a satisfying instance of a talented writer hitting full stride." —Variety.

"Of all the young dramatists at work in America today, none is more audacious, imaginative, or gifted than David Henry Hwang…" —The New Yorker.

"It will move you, it will thrill you, it may even surprise you. It is a play not to be missed, and it is a play once caught that will never be forgotten." —NY Post.