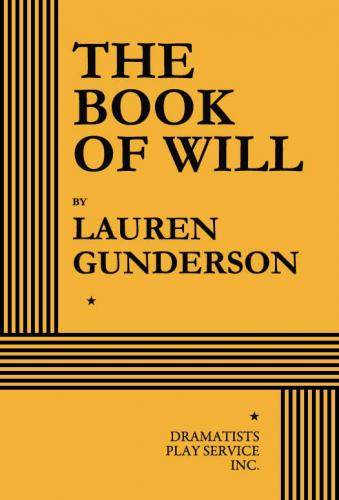 The Book of Will


Without William Shakespeare, we wouldn’t have literary masterpieces like Romeo and Juliet>/i>. But without Henry Condell and John Heminges, we would have lost half of Shakespeare’s plays forever! After the death of their friend and mentor, the two actors are determined to compile the First Folio and preserve the words that shaped their lives. They’ll just have to borrow, beg, and band together to get it done. Amidst the noise and color of Elizabethan London, THE BOOK OF WILL finds an unforgettable true story of love, loss, and laughter, and sheds new light on a man you may think you know.


Praise For The Book of Will…

“THE BOOK OF WILL…unequivocally announces Gunderson as a playwright with whom to be reckoned. It is, quite frankly, one of the best plays I have ever seen. It will bring tears of both laughter and sorrow to all but the most jaded audience member’s eyes. It is, in a word, a triumph.” —Boulder Weekly (CO)


“[Gunderson] has peopled the stage with lively, historically based characters…She paints a vivid portrait of the times in language sometimes formal, sometimes poetic and often…contemporary…She also gives a real feel for theater life and what it means to be an actor; you sense this is a work of both scholarship and love…[THE BOOK OF WILL] serves as homage to those who sacrificed to make the first folio happen and to Shakespeare’s magnificent words.” —Westword (Denver, CO)

Lauren Gunderson is the most produced living playwright in America, the winner of the Lanford Wilson Award and the Steinberg/ATCA New Play Award, a finalist for the Susan Smith Blackburn Prize and John Gassner Award for Playwriting, and a recipient of the Mellon Foundation’s 3-Year Residency with Marin Theatre Co. She studied Southern Literature and Drama at Emory University, and Dramatic Writing at NYU’s Tisch School where she was a Reynolds Fellow in Social Entrepreneurship. Her work has been commissioned, produced and developed at companies across the US including the Denver Center (THE BOOK OF WILL), South Coast Rep (EMILIE, SILENT SKY), The Kennedy Center (THE AMAZING ADVENTURES OF DR. WONDERFUL AND HER DOG!), the O’Neill Theatre Center, Berkeley Rep, Shotgun Players, TheatreWorks, Crowded Fire, San Francisco Playhouse, Marin Theatre, Synchronicity, Olney Theatre, Geva, and more. Her work is published by Dramatists Play Service (SILENT SKY, BAUER), Playscripts (I AND YOU; EXIT, PURSUED BY A BEAR; and TOIL AND TROUBLE), and Samuel French (EMILIE). She is a Playwright in Residence at The Playwrights Foundation, and a proud Dramatists Guild member. She is from Atlanta, GA, and lives in San Francisco. LaurenGunderson.com and @LalaTellsAStory. www.laurengunderson.com