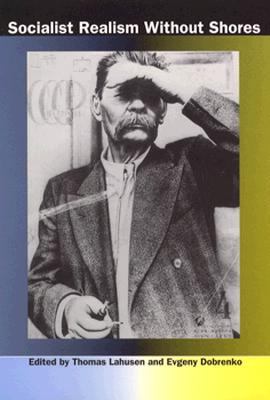 Socialist Realism without Shores offers an international perspective on the aesthetics of socialist realism-an aesthetic that, contrary to expectations, survived the death of its originators and the demise of its original domain. This expanded edition of a special issue of the South Atlantic Quarterly brings together scholars from various parts of the globe to discuss socialist realism as it appears across genres in art, architecture, film, and literature and across geographic divides-from the "center," Russia, to various points at the "periphery"-China, Germany, France, Poland, remote republics of the former USSR, and the United States.
The contributors here argue that socialist realism has never been a monolithic art form. Essays demonstrate, among other things, that its literature could accommodate psychoanalytic criticism; that its art and architecture could affect the aesthetic dictates of Moscow that made "Soviet" art paradoxically heterogeneous; and that its aesthetics could accommodate both high art and crafted kitsch. Socialist Realism without Shores also addresses the critical discourse provoked by socialist realism-Stalinist aesthetics, "anthropological" readings; ideology critique and censorship; and the sublimely ironic approaches adapted from sots art, the Soviet version of postmodernism.