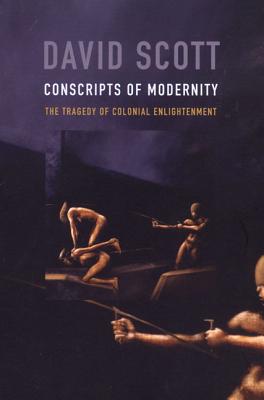 The Tragedy of Colonial Enlightenment

At this stalled and disillusioned juncture in postcolonial history--when many anticolonial utopias have withered into a morass of exhaustion, corruption, and authoritarianism--David Scott argues the need to reconceptualize the past in order to reimagine a more usable future. He describes how, prior to independence, anticolonialists narrated the transition from colonialism to postcolonialism as romance--as a story of overcoming and vindication, of salvation and redemption. Scott contends that postcolonial scholarship assumes the same trajectory, and that this imposes conceptual limitations. He suggests that tragedy may be a more useful narrative frame than romance. In tragedy, the future does not appear as an uninterrupted movement forward, but instead as a slow and sometimes reversible series of ups and downs.

Scott explores the political and epistemological implications of how the past is conceived in relation to the present and future through a reconsideration of C. L. R. James's masterpiece of anticolonial history, The Black Jacobins, first published in 1938. In that book, James told the story of Toussaint L'Ouverture and the making of the Haitian Revolution as one of romantic vindication. In the second edition, published in the United States in 1963, James inserted new material suggesting that that story might usefully be told as tragedy. Scott uses James's recasting of The Black Jacobins to compare the relative yields of romance and tragedy. In an epilogue, he juxtaposes James's thinking about tragedy, history, and revolution with Hannah Arendt's in On Revolution. He contrasts their uses of tragedy as a means of situating the past in relation to the present in order to derive a politics for a possible future.

David Scott is Professor of Anthropology at Columbia University. He is the author of Refashioning Futures: Criticism after Postcoloniality and Formations of Ritual: Colonial and Anthropological Discourses on the Sinhala Yaktovil. He is editor of the journal Small Axe.
or support indie stores by buying on