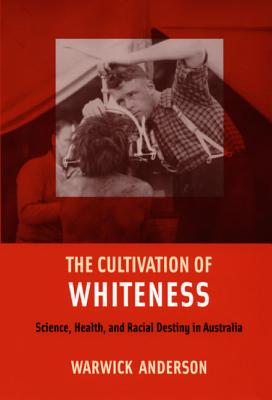 The Cultivation of Whiteness

The Cultivation of Whiteness is an award-winning history of scientific ideas about race and place in Australia from the time of the first European settlement through World War II. Chronicling the extensive use of biological theories and practices in the construction and "protection" of whiteness, Warwick Anderson describes how a displaced "Britishness" (or whiteness) was defined by scientists and doctors in relation to a harsh, strange environment and in opposition to other races. He also provides the first account of extensive scientific experimentation in the 1920s and 1930s on poor whites in tropical Australia and on Aboriginal people in the central deserts.

" Anderson] writes with passion, wit, and panache, and the principal virtues of The Cultivation of Whiteness are the old-fashioned ones of thoroughness, accuracy, and impeccable documentation. . . . His] sensitive study is a model of how contentious historical issues can be confronted."--W. F. Bynum, Times Literary Supplement

"One of the virtues of The Cultivation of Whiteness is that it brings together aspects of Australian life and history that are now more often separated--race and environment, blood and soil, medicine and geography, tropical science and urban health, biological thought and national policy, Aboriginality and immigration, the body and the mind. The result is a rich and subtle history of ideas that is both intellectual and organic, and that vividly evokes past states of mind and their lingering, haunting power."--Tom Griffiths, Sydney Morning Herald

Warwick Anderson teaches at the University of Wisconsin, Madison, where he is Chair of the Department of Medical History and Bioethics; Robert Turell Professor of Medical History and Population Health; and Professor of the History of Science, Science and Technology Studies, and Southeast Asian Studies. He is the author of Colonial Pathologies: American Tropical Medicine, Race, and Hygiene in the Philippines, also published by Duke University Press.
Loading...
or support indie stores by buying on