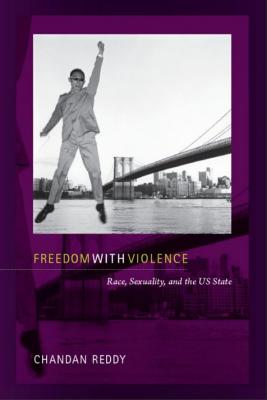 Race, Sexuality, and the Us State (Perverse Modernities: A Series Edited by Jack Halberstam and)

In Freedom with Violence, Chandan Reddy develops a new paradigm for understanding race, sexuality, and national citizenship. He examines a crucial contradiction at the heart of modernity: the nation-state's claim to provide freedom from violence depends on its systematic deployment of violence against peoples perceived as nonnormative and irrational. Reddy argues that the modern liberal state is organized as a "counterviolence" to race even as, and precisely because, race persists as the condition of possibility for the modern subject. Rejecting liberal notions of modernity as freedom from violence or revolutionary ideas of freedom through violence, Reddy contends that liberal modernity is a structure for authorizing state violence. Contemporary neoliberal societies link freedom to the notion of legitimate (state) violence and produce narratives of liberty that tie rights and citizenship to institutionalized violence. To counter these formulations, Reddy proposes an alternative politics of knowledge grounded in queer of color critique and critical ethnic studies. He uses issues that include asylum law and the military's "don't ask, don't tell" policy to illustrate this major rethinking of the terms of liberal modernity.

Chandan Reddy is Assistant Professor of English at the University of Washington.
Loading...
or
Not Currently Available for Direct Purchase