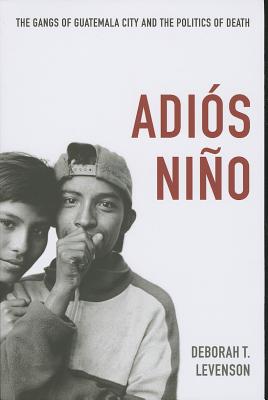 The Gangs of Guatemala City and the Politics of Death

In Adi's Ni o: The Gangs of Guatemala City and the Politics of Death, Deborah T. Levenson examines transformations in the Guatemalan gangs called Maras from their emergence in the 1980s to the early 2000s. A historical study, Adi's Ni o describes how fragile spaces of friendship and exploration turned into rigid and violent ones in which youth, and especially young men, came to employ death as a natural way of living for the short period that they expected to survive. Levenson relates the stark changes in the Maras to global, national, and urban deterioration; transregional gangs that intersect with the drug trade; and the Guatemalan military's obliteration of radical popular movements and of social imaginaries of solidarity. Part of Guatemala City's reconfigured social, political, and cultural milieu, with their members often trapped in Guatemala's growing prison system, the gangs are used to justify remilitarization in Guatemala's contemporary postwar, post-peace era. Portraying the Maras as microcosms of broader tragedies, and pointing out the difficulties faced by those youth who seek to escape the gangs, Levenson poses important questions about the relationship between trauma, memory, and historical agency.

Deborah T. Levenson is Associate Professor of History at Boston College. She is the author of Trade Unionists against Terror: Guatemala City, 1954-1985 and a coeditor of The Guatemala Reader: History, Culture, Politics, also published by Duke University Press.
Loading...
or support indie stores by buying on