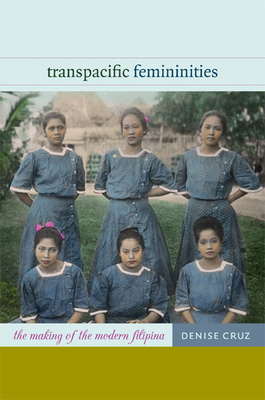 The Making of the Modern Filipina

In this groundbreaking study, Denise Cruz investigates the importance of the figure she terms the "transpacific Filipina" to Philippine nationalism, women's suffrage, and constructions of modernity. Her analysis illuminates connections between the rise in the number of Philippine works produced in English and the emergence of new social classes of transpacific women during the early to mid-twentieth century. Through a careful study of multiple texts produced by Filipina and Filipino writers in the Philippines and the United States-including novels and short stories, newspaper and magazine articles, conduct manuals, and editorial cartoons-Cruz provides a new archive and fresh perspectives for understanding Philippine literature and culture. She demonstrates that the modern Filipina did not emerge as a simple byproduct of American and Spanish colonial regimes, but rather was the result of political, economic, and cultural interactions among the Philippines, Spain, the United States, and Japan. Cruz shows how the complex interplay of feminism, nationalism, empire, and modernity helped to shape, and were shaped by, conceptions of the transpacific Filipina.

Denise Cruz is Assistant Professor of English and American Studies at Indiana University. She is the editor of Yay Panlilio's The Crucible: An Autobiography by Colonel Yay, Filipina American Guerrilla.
Loading...
or support indie stores by buying on