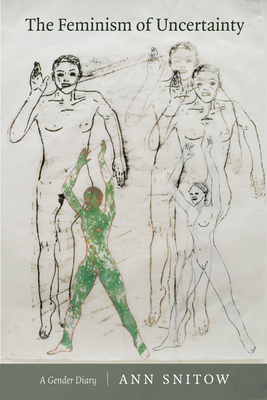 The Feminism of Uncertainty

The Feminism of Uncertainty brings together Ann Snitow's passionate, provocative dispatches from forty years on the front lines of feminist activism and thought. In such celebrated pieces as "A Gender Diary"-which confronts feminism's need to embrace, while dismantling, the category of "woman"-Snitow is a virtuoso of paradox. Freely mixing genres in vibrant prose, she considers Angela Carter, Doris Lessing, and Dorothy Dinnerstein and offers self-reflexive accounts of her own organizing, writing, and teaching. Her pieces on international activism, sexuality, motherhood, and the waywardness of political memory all engage feminism's impossible contradictions-and its utopian hopes.

Ann Snitow is Associate Professor of Literature and Gender Studies at Lang College, The New School, in New York City. A longtime activist, Snitow has cofounded The Network of East-West Women, No More Nice Girls, and New York Radical Feminists. She has written for The Village Voice, The Nation, The Women's Review of Books, Dissent, and many other publications, and is coeditor of Powers of Desire: The Politics of Sexuality and The Feminist Memoir Project: Voices from Women's Liberation.
Loading...
or support indie stores by buying on