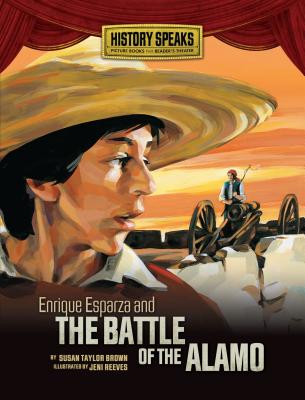 Enrique Esparza and the Battle of the Alamo (History Speaks

In early 1836, trouble broke out in Texas. Texas was part of Mexico, yet many of its settlers wanted to fight for independence. Mexican General Santa Anna and his army came to battle the Texans in San Antonio at the Alamo.

Eight-year-old Enrique Esparza witnessed the battle. His father was a soldier with the Texas army. The whole Esparza family had taken shelter at the Alamo, but they knew it might be dangerous. Would they survive?

In the back of this book, you'll find a script and instructions for putting on a reader's theater performance of this adventure. At our companion website--www.historyspeaksbooks.com--you can download additional copies of the script plus sound effects, background images, and more ideas that will help make your reader's theater performance a success.