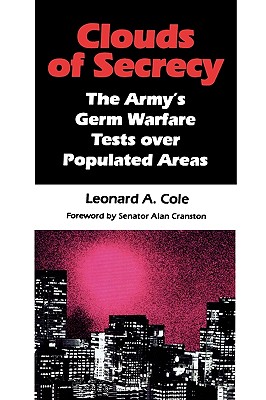 In the 1970s Americans learned for the first time that they had been used for decades as unsuspecting guinea pigs in a series of astonishing experiments conducted by the US Army. Military researchers had been secretly spraying clouds of bacteria over populated areas in order to study America's vulnerability to biological weapons. Many civilians have suffered illness, even death, as a consequence.

Leonard Cole is professor of political science at Rutgers University.
Loading...
or support indie stores by buying on