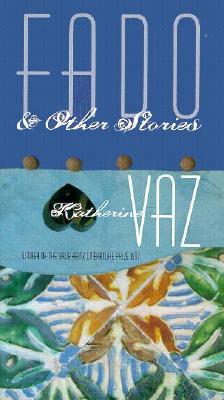 This collection is filled with narrative and character grounded in the meaning and value the earth gives to human existence.  In one story, a woman sleeps with the village priest, trying to gain back the land the church took from her family; in another, relatives in the Azores fight over a plot of land owned by their expatriate American cousin.  Even apparently small images are cast in terms of the earth: Milton, one narrator explains, has made apples the object of a misunderstanding by naming them as Eden’s  fruit: “In the Bible, no fruit is named in the Garden of Eden - and to this day apples are misunderstood.  They were trying to tempt people not into sin but into listening to the earth more closely. . . . their white meal runs wet with the knowledge of the language of the land, but people do not listen.”

Vaz’s beautiful, intensely conscious language often delicately slips her stories into the realm of the fado, the Portuguese song about fate and longing.  “Listen for the nightingale that presses its breast against the thorns of the rose,” on character sings, “that the song might be more beautiful.”  Such a verse might describe Vaz’s own motive behind her willingness to confront her subject’s ambiguities and her characters’ conflicts - the simultaneous joy and sorrow of some of life’s discoveries, the pain sometimes hidden within passion and pleasure.

“Each story in Fado and Other Stories becomes a fado, the literary equivalent of a Portuguese song “of fate,” an evocation of “a kind of possession by love and sadness.” Fierce desire—be it for revenge, love or quietude—impels Vaz’s characters, all of whom share Portuguese ancestry . . . Fado and Other Stories is a celebration of the drama of individual lives. With inventive lyricism, it explores the notion of a “grand event allotted to each person—only one, with every other major event a consequence of that.”

“Vaz creates life with words that can be as fierce as a whip while remaining sensitive to her characters’ yearnings, which beat like Portuguese fados: songs of fate and longing. Vaz’s ability to marry reality to the imaginative world of her characters . . . allows her to weave together the mysteries of love, family, nature, religion and loss. . . . Vaz fearlessly writes about the vacuums in her characters’ lives. She balances this with fantastical situations that question reality and are disturbingly funny.”

“Fado and other Stories, in the end, rewards all leanings. It is like a heart-rending blues album by a splendid artist: The listener may not applaud every cut, but that doesn’t spoil the glory of the voice.”

“Vaz can induce in a reader a fine and effusive rapture when her characters, inflamed, are carried skyward by their emotions.”

“Life’s lessons are woven into many of these stories, but Vaz’s touch is always lights, suffused with reverence for whimsy and weird, serendipitous occurrences. Encounters with magic—sights, sensations, and sounds that cannot be explained give the book an unusual spark. Throughout, things of spirit collide with material reality and tantalize those in their orbit, with satisfying results.”

Katherine Vaz is the author of the critically acclaimed novel Saudade, and her second novel, Mariana, has been published in six different languages. Her short fiction has appeared in numerous literary magazines, including TriQuarterly, Nimrod, Gettysburg Review, and the American Voice. She is associate professor of English at the University of California, Davis.