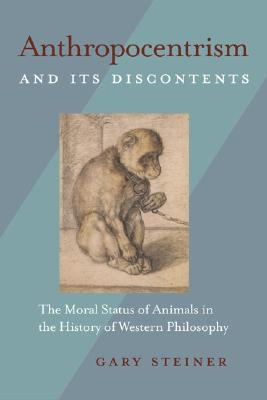 Anthropocentrism and Its Discontents (Hardcover)

The Moral Status of Animals in the History of Western Philosophy

Anthropocentrism and Its Discontents is the first-ever comprehensive examination of views of animals in the history of Western philosophy, from Homeric Greece to the twentieth century. In recent decades, increased interest in this area has been accompanied by scholars' willingness to conceive of animal experience in terms of human mental capacities: consciousness, self-awareness, intention, deliberation, and in some instances, at least limited moral agency. This conception has been facilitated by a shift from behavioral to cognitive ethology (the science of animal behavior), and by attempts to affirm the essential similarities between the psychophysical makeup of human beings and animals.

Gary Steiner is John Howard Harris Professor of Philosophy at Bucknell University. He is the author of "Descartes as a Moral Thinker: Christianity, Technology, Nihilism" and translator of Prauss s "Knowing and Doing in Heidegger s Being and Time and Lowith s Martin Heidegger and European Nihilism.""

Praise For Anthropocentrism and Its Discontents: The Moral Status of Animals in the History of Western Philosophy…

“Steiner’s work is a rigorous and stimulating reappraisal of the long-lasting and often baleful influence of Greek Philosophy on Western attitudes towards animals.”
--New England Classical Journal

“Steiner has provided a needed and lucid account of the history he targets.”
--Journal of the History of Philosophy

"Steiner has written a clear and detailed history of philosophical views of nonhuman animals.  His book is unique because the perspective he brings to the history of Western philosophy is informed by the thought of Heidegger, Levinas, and Derrida.  Both animal rightists and opponents to animal rights can benefit from a reading of this book."
—Daniel A. Dombrowski, Seattle University