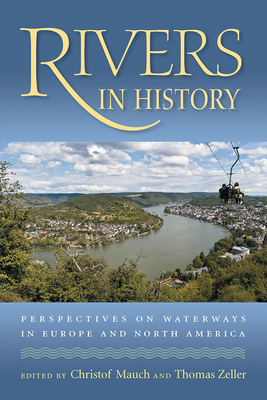 Throughout history, rivers have run a wide course through human temporal and spiritual experience. They have demarcated mythological worlds, framed the cradle of Western civilization, and served as physical and psychological boundaries among nations. Rivers have become a crux of transportation, industry, and commerce. They have been loved as nurturing providers, nationalist symbols, and the source of romantic lore but also loathed as sites of conflict and natural disaster.

Rivers in History presents one of the first comparative histories of rivers on the continents of Europe and North America in the modern age. The contributors examine the impact of rivers on humans and, conversely, the impact of humans on rivers. They view this dynamic relationship through political, cultural, industrial, social, and ecological perspectives in national and transnational settings.

As integral sources of food and water, local and international transportation, recreation, and aesthetic beauty, rivers have dictated where cities have risen, and in times of flooding, drought, and war, where they've fallen. Modern Western civilizations have sought to control rivers by channeling them for irrigation, raising and lowering them in canal systems, and damming them for power generation.

Contributors analyze the regional, national, and international politicization of rivers, the use and treatment of waterways in urban versus rural environments, and the increasing role of international commissions in ecological and commercial legislation for the protection of river resources. Case studies include the Seine in Paris, the Mississippi, the Volga, the Rhine, and the rivers of Pittsburgh. Rivers in History is a broad environmental history of waterways that makes a major contribution to the study, preservation, and continued sustainability of rivers as vital lifelines of Western culture.

Christof Mauch is professor of North American cultural, social, and political history and transatlantic relations at the Amerika-Institut, Ludwig-Maximilians-Universität in Munich, Germany. He is a former director of the German Historical Institute in Washington DC.

Thomas Zeller is associate professor of history at the University of Maryland. He is the author of Driving Germany: The Landscape of the German Autobahn, 1930-1970.

“The authors show that river engineering transcends the ideologies of nations. More than metaphor, more than plumbing, rivers pervade historical writing because they connect the story of civilization to the dynamics of the natural world.”
—Technology and Culture

“Rivers in History offers a superb entry point into the burgeoning literature on modern hydraulic societies.  The authors persuasively argue that river manipulation has been crucial to the establishment and maintenance of today's industrial societies. If you have time for only one 'river' book, this is the one to read.”
—Mark Cioc, University of California, Santa Cruz

“This collection of essays provides students of rivers with a valuable tool for understanding how socioeconomic and environmental conditions in the U.S. and Europe during the past three centuries have influenced changing attitudes toward rivers. By exploring how different societies have regarded and altered rivers through history, we may gain greater insight into future choices in a world faced with severe water shortages.”
—Ellen Wohl, Colorado State University