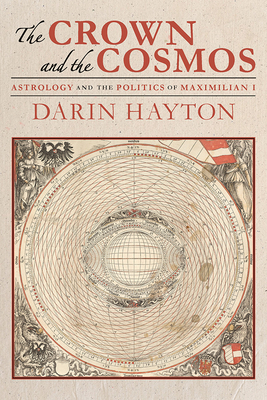 The Crown and the Cosmos

Astrology and the Politics of Maximilian I

Despite its popular association today with magic, astrology was once a complex and sophisticated practice, grounded in technical training provided by a university education. The Crown and the Cosmos examines the complex ways that political practice and astrological discourse interacted at the Habsburg court, a key center of political and cultural power in early modern Europe. Like other monarchs, Maximilian I used astrology to help guide political actions, turning to astrologers and their predictions to find the most propitious times to sign treaties or arrange marriage contracts. Perhaps more significantly, the emperor employed astrology as a political tool to gain support for his reforms and to reinforce his own legitimacy as well as that of the Habsburg dynasty. Darin Hayton analyzes the various rhetorical tools astrologers used to argue for the nobility, antiquity, and utility of their discipline, and how they strove to justify their “science” on the grounds that through its rigorous interpretation of the natural world, astrology could offer more reliable predictions. This book draws on extensive printed and manuscript sources from archives across northern and central Europe, including Poland, Germany, France, and England.

Praise For The Crown and the Cosmos: Astrology and the Politics of Maximilian I…

"Hayton's writing is fluent and engaging, and his content is structured with admirable and accessible clarity. The book should appeal to all Renaissance and early modern historians, crossing as it does between politics, astrology and astronomy. I suggest that historians of astronomy especially should read Hayton's work as it comes as a timely reminder that astronomy was far more than a matter of mathematics, but was absolutely and totally embedded in almost all aspects of culture. Hayton's deep scholarship makes a significant and valuable contribution to our understanding of Renaissance culture in the fullest sense."
—Metascience

"A special treat. If you're a student of European history, this well-researched and well-written book will hold your interest."
—History of Science

"In this fine book, Hayton explores the ways in which Maximilian I exploited the presumed science of astrology and its expert practitioners to enhance his image and authority. . . . Offers dense but rewarding reading and includes numerous illustrations as well as an extensive scholarly apparatus."
—Choice

"Illuminates the emperor's efforts to conjoin science and even pseudoscience, as well as theologians and university professors to shape political decisions, well in advance of their marriage in the modern world."
—Bibliotheque d’Humanisme et Renaissance

"With his elegant and erudite study, Hayton offers a stellar contribution to the growing literature on astrology and its significance for understanding premodern politics. This wonderful book will undoubtedly be a cornerstone work on the topic for years to come."
—Central European History

“The Crown and the Cosmos is a thorough study of astrology’s functioning as a political tool in early Renaissance courtly contexts. Astrology becomes a high-stakes tool for political praxis and symbolism, and Darin Hayton is particularly good at giving further enhancement to the astrological version of the old figure of the philosopher-king in the fifteenth century. This book is a valuable addition to the literature on Renaissance astrological culture.”
—Steven Vanden Broecke, Ghent University

“Hayton is a skilled linguist, and this book benefits from his smoothly crafted translations or paraphrases of Viennese astrological texts. Readers who are unfamiliar with the pragmatic astrological literature of the early sixteenth century will learn much about how astrology worked or, to be more precise, about what astrology sounded like from Hayton’s extensive translations.”
—Richard L. Kremer, Dartmouth College

Darin Hayton is associate professor of history of science at Haverford College.
Loading...
or
Not Currently Available for Direct Purchase